Trip description
Destination
Sofia, Bulgaria
6 Days Package
About the city
Sofia is a city with a sparkling future; it’s the energetically resilient Bulgarian capital that still revels in its idiosyncrasies as it forges towards a more cultured and urbane existence. Dramatically ringed by the Balkan Mountains to the north and the Vitosha Mountains to the south, Sofia stands on an open plain 550m above sea level in western Bulgaria. It is this duality between urban sprawl and natural wonder that makes it a fascinating place to visit, with more to arrest the attention than many other Eastern European capitals. Development is rife and roads are mercifully being improved. It boasts boutique hotels galore and the spanking new Metro lines and stations are enough to make Western visitors look on with jealousy.  Despite this, most of Sofia’s major tourist attractions pre-date this era. Buildings like the Aleksander Nevski Cathedral, the Central Sofia Synagogue, and, the Banya Bashi mosque are stark reminders of the country’s multicultural past, whilst the charming UNESCO-listed Boyana Church in the Vitosha Mountains is an absolute must-visit. Locals strike the balance between Russian insouciance and Mediterranean flare and continue to be proud up-keepers of the country’s hospitable heritage. The Bulgarian language and Cyrillic alphabet still prosper, resisting tourism’s penchant for English internationalism, which is not widely spoken outside of restaurants, shops, and hotels.
Points of interest
Banya Bashi Mosque, Lake Ariana, Russian Church, National Palace of Culture, Borisova gradina, Eagles’ Bridge, Boyana Church, Ivan Vazov National Theater, The Largo, Boulevard Vitosha, Sveta-Nedelya Church, Nacional History Museum, Sofia Central Mineral Baths, Catedral de Alejandro Nevski, Sofia Synagogue, Monument to the Tsar Liberator, National Archaeological Museum, Boyana Church

Tour Art & culture With this day trip, you will be able to visit Rila Monastery and Boyana church- UNESCO World Heritage sites. Learn their old history and legends as your guide’s commentary takes you back into time. The first stop is at the great UNESCO historical place – Boyana church, dating back to the 10th century, which has unique and very well preserved frescoes and pictures from the period of the 11 to 14 centuries. You will be able to learn about their meaning and significance. After exploring it, you will head to the Rila Monastery- the biggest monastery in Bulgaria. It was established back in the 10th century. The current buildings are from the thmid-19thth century, with a defensive tower that survived from the 14th century. In the monastery complex, you will admire the impressive architecture and frescoes, while the guide tells you its story. During the guided tour in the inner yard and the monastery museum, you will discover the most precious pieces that are kept from the past and all the facts and stories about the biggest Bulgarian monastery complex. With the ticket for the museum, you will also have the chance to see an authentic monk’s room as well! After the guided tour, free time will be given for photos, shopping, and a lunch break in a nearby restaurant. 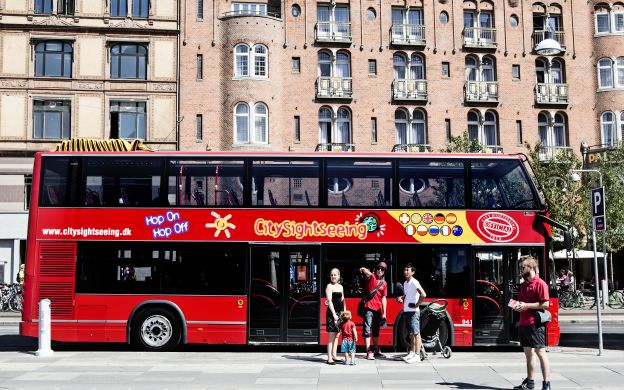 Explore Sofia with Double-decker Bus
City tours
The quickest and most affordable way to explore Sofia. Enjoy the newest and quickest way to see the Bulgarian capital Sofia from a double-decker bus. In just 1 hour you will get an overview of the capital’s attractions with an audio guide in English. The best way to see Sofia and its major attractions start from Alexander Nevski square. Our E-leaflet is customized for you and will give you valuable information you could access from your phone. Languages Audioguide available in English, Russian, Spanish, French, German, Bulgarian, and Italian.

Day Trips & Excursions
With this day trip, you will have the chance to discover the town of Plovdiv- one of the oldest existing settlements in the world! The tour departs at 9 am from Alexander Nevsky square- behind the cathedral. The traveling time to Plovdiv is about 2 hours. It is one of the oldest settlements in the world, having emerged on the three adjacent hills – the beginning of its history dates back to 4,000 years BC. It has preserved Thracian, Roman, and Bulgarian heritage from different epochs. In Plovdiv, there will be a 2-hour guided walking tour in the heart of the town and you will learn lots of historical facts and legends while exploring its most interesting sightseeing places- see the Roman Theater and parts of the Roman Stadium. Walk through the longest pedestrian street in Europe. Explore the magnificent Revival old town with its unique colorful houses from the 19th century. After it, you will have about 2 hours of free time for lunch and some shopping and then you will depart back. The expected return to Sofia is at 5- 5;30pm. The tour is in English, aand udio guides in Spanish are provided.

Day Trips & Excursions
The tour starts at 9 am with a pick up from your hotel. You have about 3 hours traveling to the region of Lovech. The Krushùna Falls offers an excellent opportunity for a one-day escape from the city, especially during the hot summer months when one can enjoy a nice walk up the cascade. The falls are the biggest travertine cascade in Bulgaria, unique with its picturesque scenery, lush vegetation, numerous round-shaped terrace,s and small natural pools with mineral water. The main waterfall is about 20 m high and it splits into several smaller ones along its way down the soft limestone rocks. Along the way, there are steps and bridges so that one can get the best views of the cascades, pool,s and mossy rocks. There will be a 40-minute walk in the area of the waterfalls. After that 1-hour lunch break – and then the tour continues to the Devatashka cave. It is a picturesque karst cave near the waterfalls. Unlike other caves, Devetàshka is very well lit and its floor is covered by lush greenery, especially in spring and summer, so sometimes it is hard to believe that one is underground. The visit to the toe is about 40 minutes. The expected return to Sofiatos is at about 6 pm. 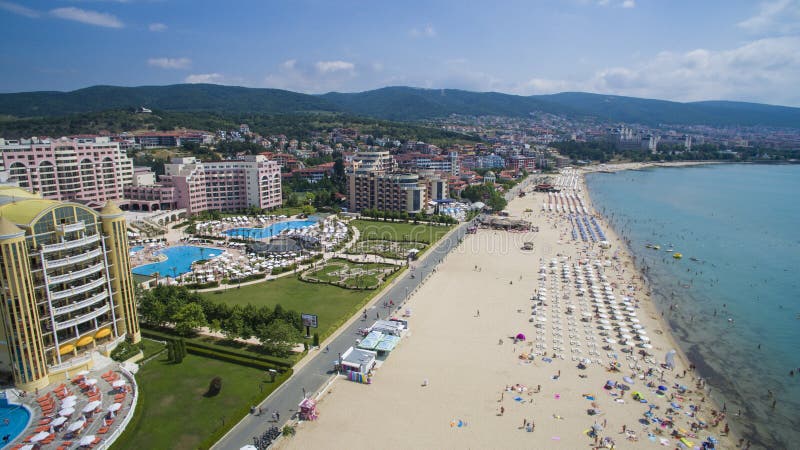 Situated on the southern Black Sea coast, near the town of Nessebar and approximately 30 minutes from Bourgas Airport, you will find Sunny Beach, Bulgaria’s biggest and most popular summer resort.

See Cyprus’ historical treasures, ancient cities and remarkable landscape on a 5-night tour from Limassol with guided day-trips to Nicosia, the Troodos Mountains and Kourion. Sleep in a seaside city and explore Roman mosaics and Christian relics, along with landmarks left my Venetians, Byzantines and Ottomans. Rise into the cool mountains where you’ll discover a UNESCO-recognized church and a wine making village, then return to the coast to see Aphrodite’s mythical birthplace, a Roman city and the Greek Temple of Apollo.

Start your tour with an included transfer from the airport to Limassol hotel . Check in at your hotel .

Limassol City Arrival and transfer to the hotel in Limassol. Accommodation in hotel. Dinner and overnight. 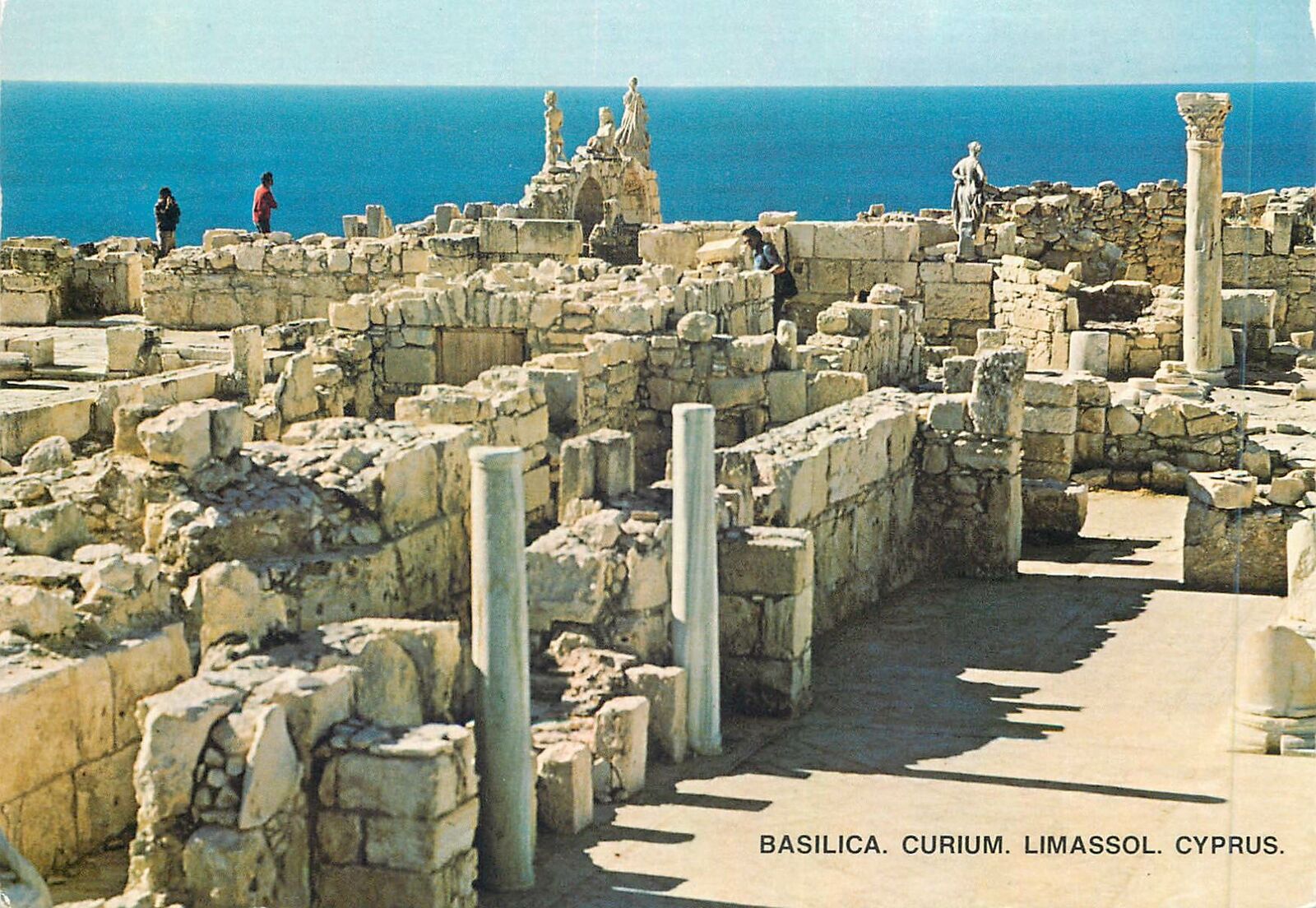 Ancient Kourion
The drive to Paphos reveals ever – changing scenery from vineyards and citrus groves to archaeological sites, all in a beautiful Mediterranean frame. Driving along the coast we head to the prominent archaeological site of Kourion. It is home of a magnificent Greco-Roman Theatre, stately villas and an early Christian Basilica with a baptistery attached to the north face, dating to the 5th century, which probably was the Cathedral of this city kingdom.

Panagia Chrysopolitissa
Church Once in Paphos we head to the church of Panagia Crysopolitissa , built in the 13th century over the ruins of the largest Early Byzantine basilica on the island. Within the compound one can see St. Paul’s Pillar, where, according to tradition, Saint Paul was flogged before the Roman Governor Sergius Paulus was converted to Christianity.

Tombs of the Kings
We finally visit the Tombs of the Kings. Spread over a vast area, these impressive underground tombs date back to the 4th century BC. They are carved out of solid rock with some being decorated with Doric pillars.

Byzantine Museum
Following breakfast, travel to the capital, Nicosia. As you drive, hear how when Cyprus was divided in 1974, the city was split into a Greek South (Lefkosia) and Turkish-occupied north (Lefkoşa), making it the world’s only remaining divided capital. Explore old South Nicosia, with its 15th-century Venetian walls, taking in some of its historical treasures. Visit the Byzantine Museum to see its collection of icons .

Cyprus Museum
We get to the Archaeological Museum where you can admire the fascinating collection of Cypriot artefacts and treasures of inestimable value.