Trip description
Destination
Belgrade, Serbia
5 Days Package
About the city
Belgrade is the city that is the capital of Serbia. It is known locally as Beograd, which means “white city” or “white fortress.” After World War II it grew to become an industrial city, and today it is Serbia’s largest commercial centre. 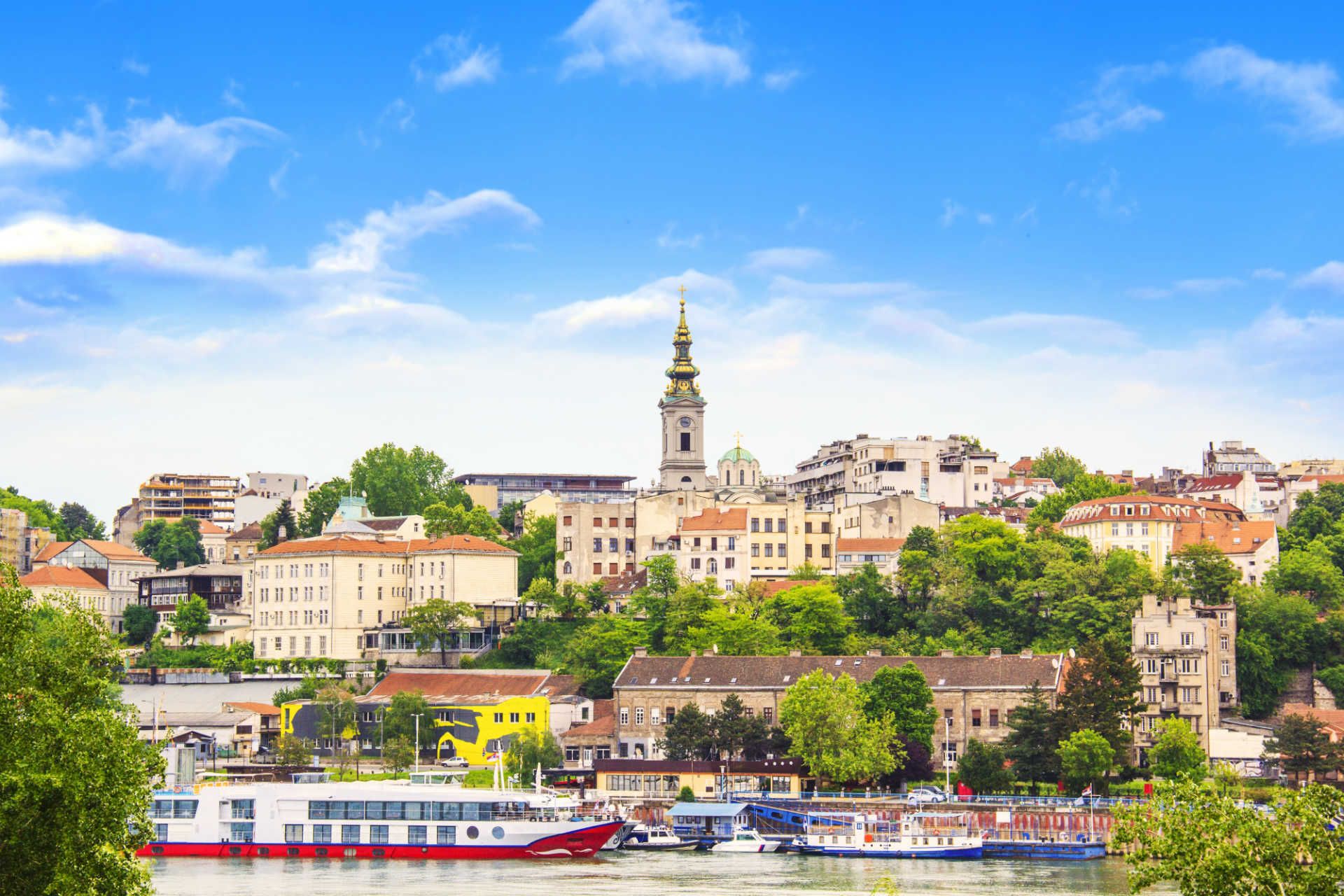 Regardless of your arrival time on day 1 of the tour, we’ll wait for you at the airport. Our guide will meet you in the arrivals hall with your name on the signboard. In case your flight is delayed, there is no reason for worrying. We will monitor your flight, and our guide will meet you accordingly. There are no additional charges for flight delays.

After a short ride of 20 minutes, you’ll be in the city’s center. Check-in at the hotel, and  take the rest of the day to get more familiar with Belgrade, walk around or follow your guide’s recommendation for dinner.

NOTE: If you are arriving in Belgrade a few days prior to the tour departure, you can book additional nights with us, at the same hotel, for a surcharge of €40 (Standard package), €60 (Superior package), or €80 (Premium package). Prices are per person, per night, in a double or twin room.

Breakfast. After breakfast, we’ll start with our Belgrade sightseeing tour. The tour begins at the daunting Belgrade Fortress, dramatically perched above the confluence of the Sava and Danube rivers. Built in stages between the 1st and 18th centuries, this fortress witnessed major defensive battles. We’ll check the colorful surrounding park before continuing to New Belgrade, Slavija and Republic Squares, bustling Knez Mihailova Street, The Old and The New Palace, and The National Parliament.

We’ll drive through Dedinje, Belgrad’s most luxurious residential area, before we reach the imposing Saint Sava Temple, one of the world’s largest Orthodox churches. After the sightseeing tour, time this afternoon on your own. Maybe check Nikola Tesla’s Museum, or the historic Zemun quarter, one of Belgrade’s most atmospheric neighborhoods. You’ll love it for its Central European appearance, cobblestone streets, and fish restaurants on the banks of the Danube River.

In the evening, visit the  Old Bohemian Quarter of Skadarlija, frequently compared to Montmartre in Paris, both in appearance and its artistic atmosphere. It’s a perfect opportunity to get more familiar with the traditional Serbian cuisine, as well as with the famous Belgrade nightlife. (Optional = 25 EUR per person) 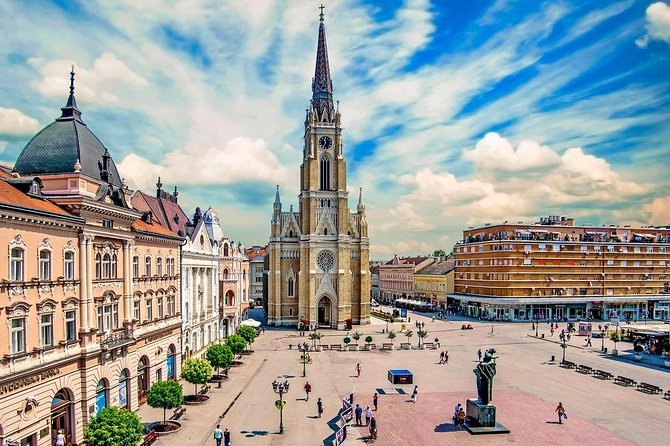 After breakfast, we shall make a trip to the City of Novi Sad. On our way to the second-largest city in Serbia, we shall stop at the nearby town of Sremski Karlovci, the center of Serbian culture in the 18th century. Strolling through this picturesque town’s cobbled streets will lead us to the first Serbian High School, which gave Serbian people several great writers and poets. Along the way, we shall pay a visit to the Old Patriarch’s Court and theological complex – Assembly Church and Theological lyceum. Being in the very heart of the famous wine region, why not visit one of the well-respected wine cellars. We’ll try Bermet wine, the most famous product in the area.

Our next stop is the second-largest fortress on the Danube river – Petrovaradin, one of the most important strategic points in the perpetual war between the Austro-Hungarian and Ottoman Empires. We shall be introduced to the legends of underground passages before we continue to “Serbian Athen”, as the City of Novi Sad is known.

As we stroll among great cultural institutions and historic buildings, we shall visit the oldest part of Novi Sad, the Zmaj Jovina pedestrian zone. Here we shall get introduced to the rich history of Novi Sad as we see the monument to Svetozar Miletic, the famous Novi Sad Cathedral, Episcopal Church… After our sightseeing, we will enjoy a traditional Serbian three-course lunch in one of the most famous restaurants in the area. (not included). Enjoy your free afternoon and discover Novi Sad independently. Return to Belgrade. Free time. 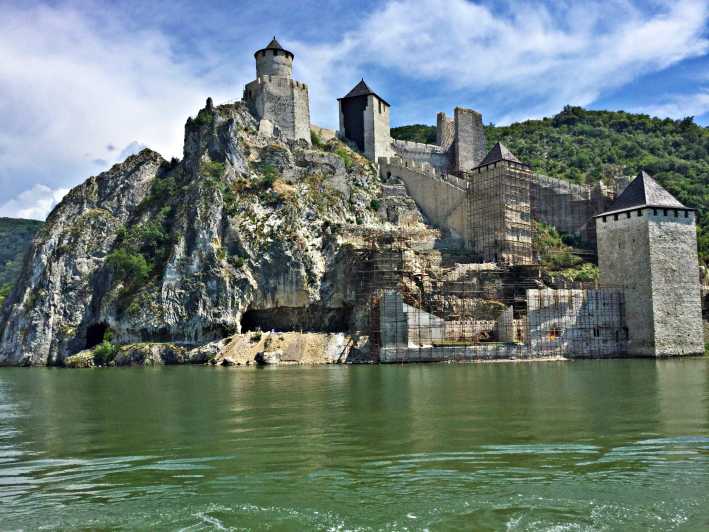 After breakfast, we continue our tour further to Serbia’s very east, to its border with Romania. We’ll spend two hours of the ride enjoying the beautiful landscapes and listening to interesting stories about this part of the country.

Our first stop for the day is the Golubac fortress. This defensive complex used to defend many kingdoms through centuries. Golubac is the perfect fairy-tale castle, wonderfully set off by its location in the rugged landscape at the head of Đerdap Gorge. There are nine towers in all, each between 20 and 25m high. With the fortress’s interesting position leaning over the Danube, they make Golubac undoubtedly one of the most beautiful castles along the 2850km Danube odyssey from source to the Black Sea.

Following this, we will reach our next stop – Lepenski Vir. The early settlement of Lepenski Vir was first uncovered in 1965. The works brought to light sacred architecture and monumental sculptures from one of the oldest Danube cultures, dating back to 7,000-6,000 BC, also marking the beginning of Europe’s civilization.

After the museum, we will stop in a unique, authentic restaurant with a fantastic view overlooking the Danube to enjoy a traditional lunch made of specialties of the cuisine of Eastern Serbia (not included).

We believe you will have a completely different aspect as we return to Belgrade in the evening hours. 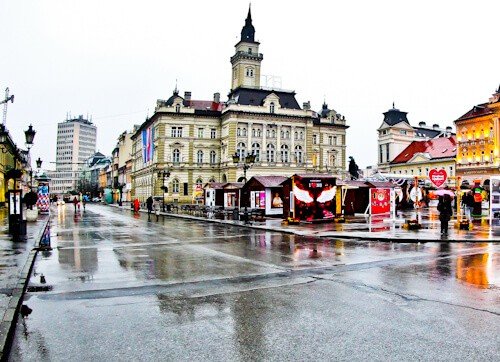 Breakfast. Free time until your flight. Transfer to the airport for your departure flight . End of services

NOTE: If you are departing from Belgrade a few days after the tour end, you can book additional nights with us, at the same hotel, for a surcharge of €40 (Standard package), €60 (Superior package), or €80 (Premium package). Prices are per person, per night, in a double or twin room. If you decide to extend your stay, your departure transfer will still be included.

Trip description
Destination
Chisinau, Moldova
5 Days Package
About the city
Chișinău is the capital of Eastern Europe’s Republic of Moldova. Amid blocks of Soviet-style architecture are landmarks including the neoclassical Nativity Cathedral. The dome-topped church anchors Chișinău’s Cathedral Park, a plaza with a Triumphal Arch celebrating Russia’s 19th-century victory over the Ottoman Empire. Stephen the Great Central Park is named for a Moldovan prince who resisted Ottoman rule

Arrival at Chisinau. Our tour escort will host you from the outside airport.
Transfer from the airport to the hotel.
Check-in at the hotel.
Free time to explore the city on your own.
Overnight at the hotel. 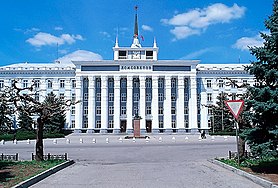 Breakfast at the hotel.
Transfers from Chisinau to Tighina.
Excursion at Tighina Fortress.
This is the old medieval fort of Tighina fortress, which was first built in the 15-16th centuries by the princes of Moldavia.
Transfers from Tighina to Tiraspol.
Excursion in Tiraspol- back in USSR in Tiraspol you will have the opportunity to travel in time back to USSR. You will start by visiting the monument of Vladimir Lenin and tanks left from the second world war. The city seems to be a ghost of the Soviet past.
Transfers from Tiraspol to Purcari.
Excursion of wine tasting at Purcari winery if you are a wine enthusiast or just love to be in beautiful, pristine surroundings, listening songs of a thousand birds, Purcari is definitely the place you need to visit.
The restaurant is also complemented with skillfully prepared Moldovan and International cuisine.
Transfers from Purcari to Chisinau. 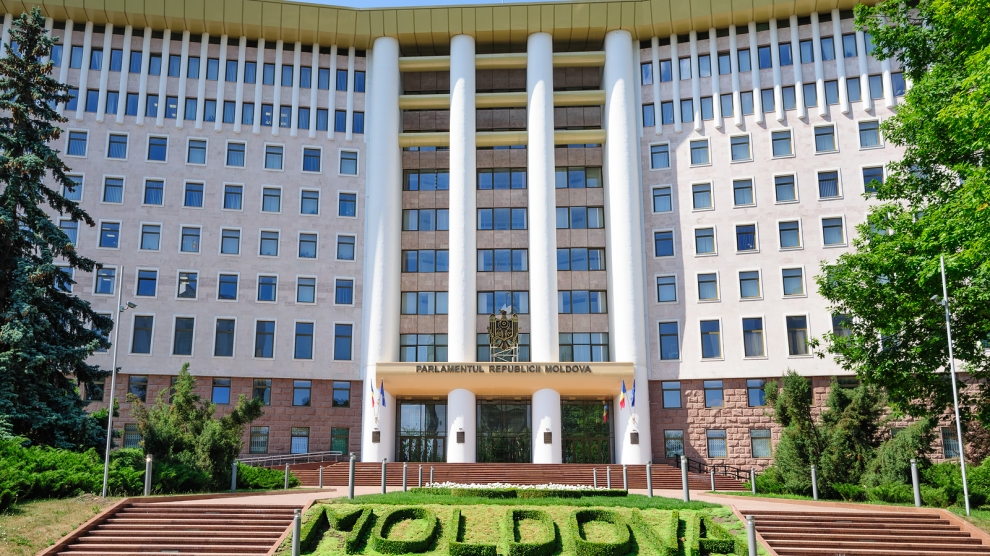 Breakfast at the hotel.
The panoramic tour of Chisinau.
The panoramic tour where you will see in brief the main cultural-historical and commercial places of interest an important role in terms of architecture development
has the famous architect Bernardazzi.
Transfers from Chisinau to Orheiul Vechi.
Culinary master class at Butuceni/Trebujeni.
Excursion at Orheiul Vechi – a 40 thousand-year-old natural amphitheatre.
Transfers from Butuceni to Cricova.
Excursion and wine tasting at Cricova winery.
In Cricova underground galleries you will see over seventy streets covering an area of nearly 53 hectares, each bearing Bacchic names Sauvignon, cabernet, Cahor..here you can admire one of the oldest bottles of wine in Moldova, dating from 1902. There is one story always told in this place about the Russian pilot Yuri Gagarin. You will also have the chance to taste this wine in one of these halls.
Transfers from Cricova to Chisinau.
Transfers to the hotel.
Free time to explore the city on your own.
Overnight at the hotel. 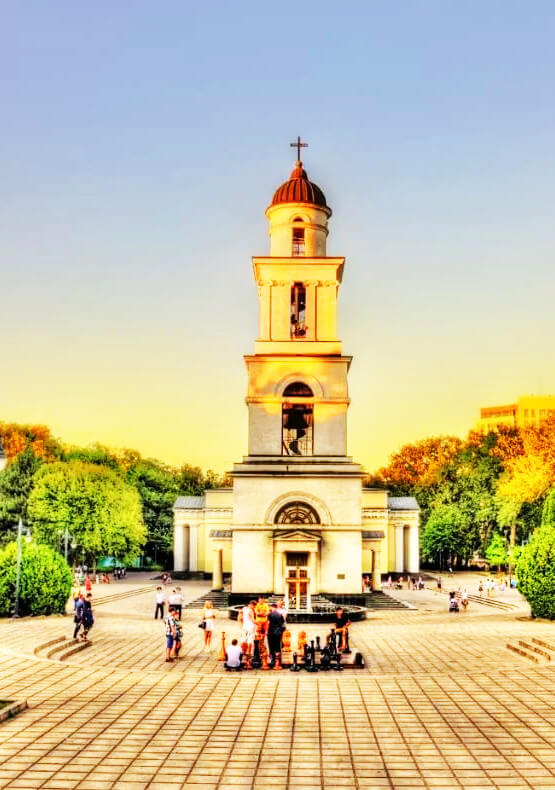 Breakfast at the hotel.
Transfers from Chisinau to Clisova Noua.
“Arta Rustica“ craftman by Clisova-Noua.
Handmade carpets in the village of Clisova noua are the special interest and beauty. The fabrics of the wool woven in the Republic of Moldova were included in the intangible cultural heritage of UNESCO.
Transfers from Clisova Noua to Soroca.
Hike to the “Candle of gratitude” The monument was erected on a steep cliff on the bank of the Dniester river, inscription before the way up as follows:” traveller, stop!
Excursion of Soroca fortress and Gypsy hill.
Soroca fortress is the “pearl of fortification art”. Not everyone knows that it is the perfect castle in South-Eastern Europe.
Transfers from Soroca to Chisinau.
Transfers to the hotel.
Free time to explore the city on your own.
Overnight at the hotel. 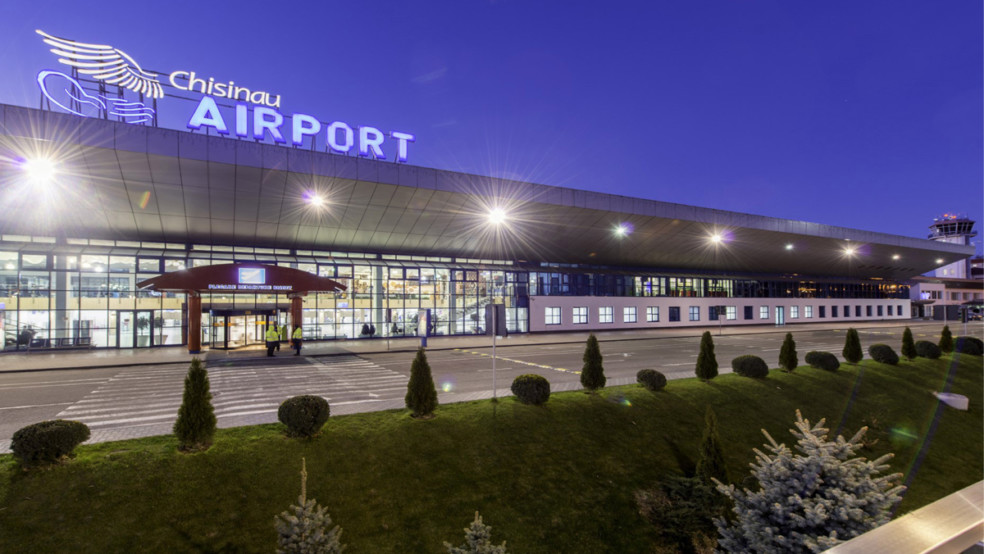 Breakfast at hotel and check out.
Free time and visit the bazaar- the central market.
A triumph of vegetables, fruits and products of all kinds that come every day from the surrounding countryside.
You may enjoy your free time by walking through the Chisinau or going shopping. In Chisinau, you‘ll find a lot of places where you can purchase some memories of
Moldova. You can start with “Mihai Eminescu” theatre square, where you will be amazed by the great number of handicrafts and homemade souvenirs.
Transfers from Chisinau to Puhoi.
Excursion, wine tasting at Asconi winery.
Winery was founded. The wines and made both from local and European grape varieties like fereasca, traminer, chardonnay, pinot franc, cabernet-sauvignon and others.
Transfer from Puhoi to Chisinau International airport.
Transfers to the hotel.
Free time to explore the city on your own.
Transfer to airport for onward journey.